The press conference has shown great prosperity, attracting a great number of exhibitors from different countries and visitors from all over East & Central Africa, providing exhibitors an excellent opportunity and experience, to explore several countries all in one conference.

The press conference reached high media coverage, having been talked about in several National media outlets, including a front page in one of Tanzania’s leading newspapers; Habari Leo, also, a 5-minute documentary aired on national television, and news coverage in 6 other TV stations, talked about in 10 radio stations, discussed in 10 blogs and published in 8 newspapers. 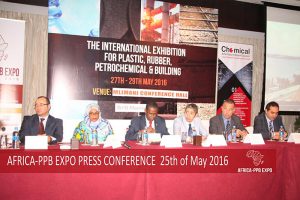